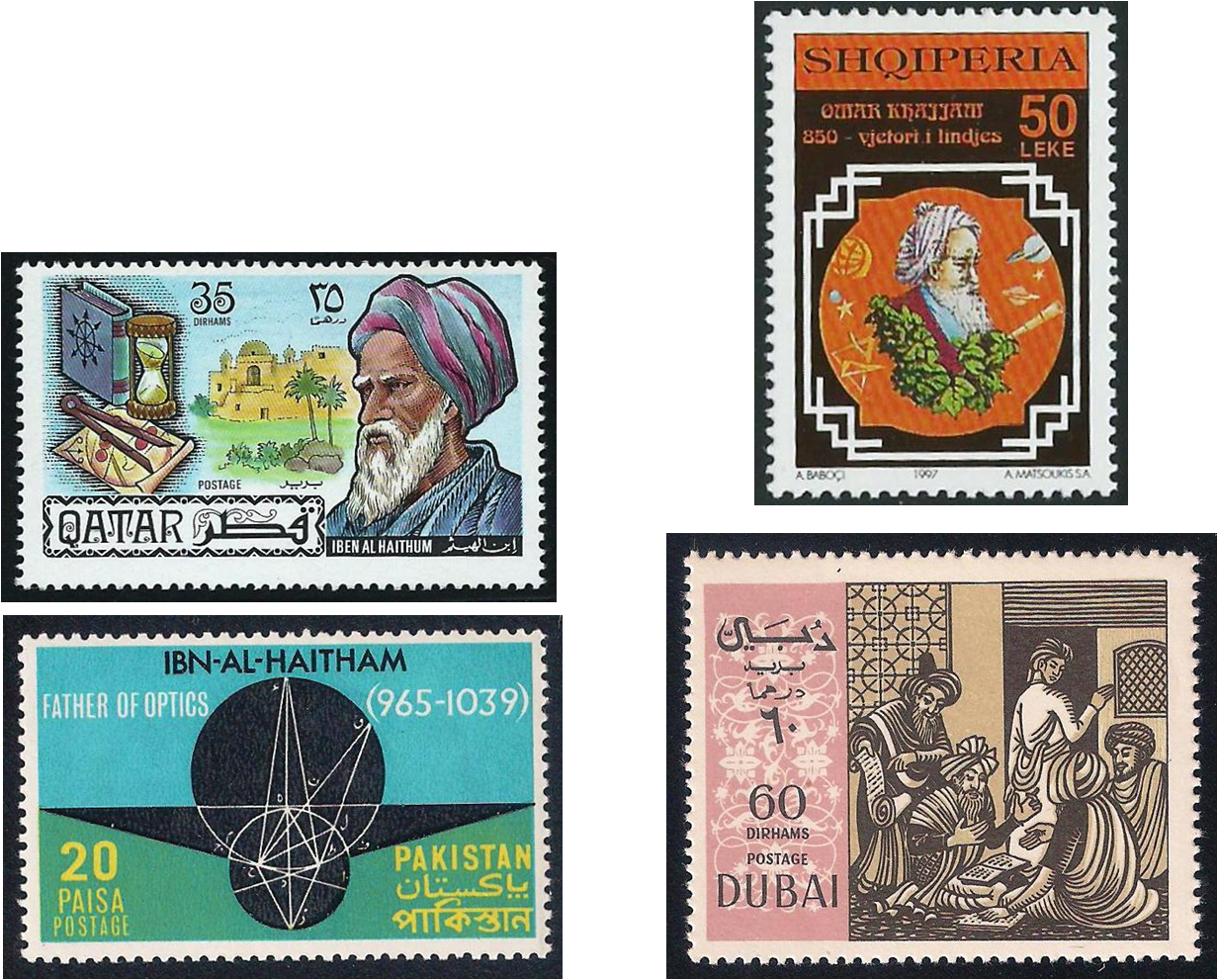 Influential among the works of the time, especially when later translated into Latin during the Renaissance, were those of ibn al-Haitham (965–1039). Known in the west as Alhazen, he was a geometer whose main contributions were to the study of optics. A celebrated problem is Alhazen’s problem: where, on a spherical mirror, is light from a given point source reflected into the eye of a given observer?
Omar Khayyam (1048–1131) was a mathematician and poet who wrote a major algebra text with the first systematic classification of cubic equations and discussion of their solution; they were not to be solved in general until the 16th century. He is known in the west mainly for his collection of poems known as the Rubaiyat.
Omar Khayyam also publicly criticised an attempted proof by al-Haitham of Euclid’s so-called ‘parallel postulate’.
[Albania 1997; Dubai 1967; Pakistan 1969; Qatar 1971]