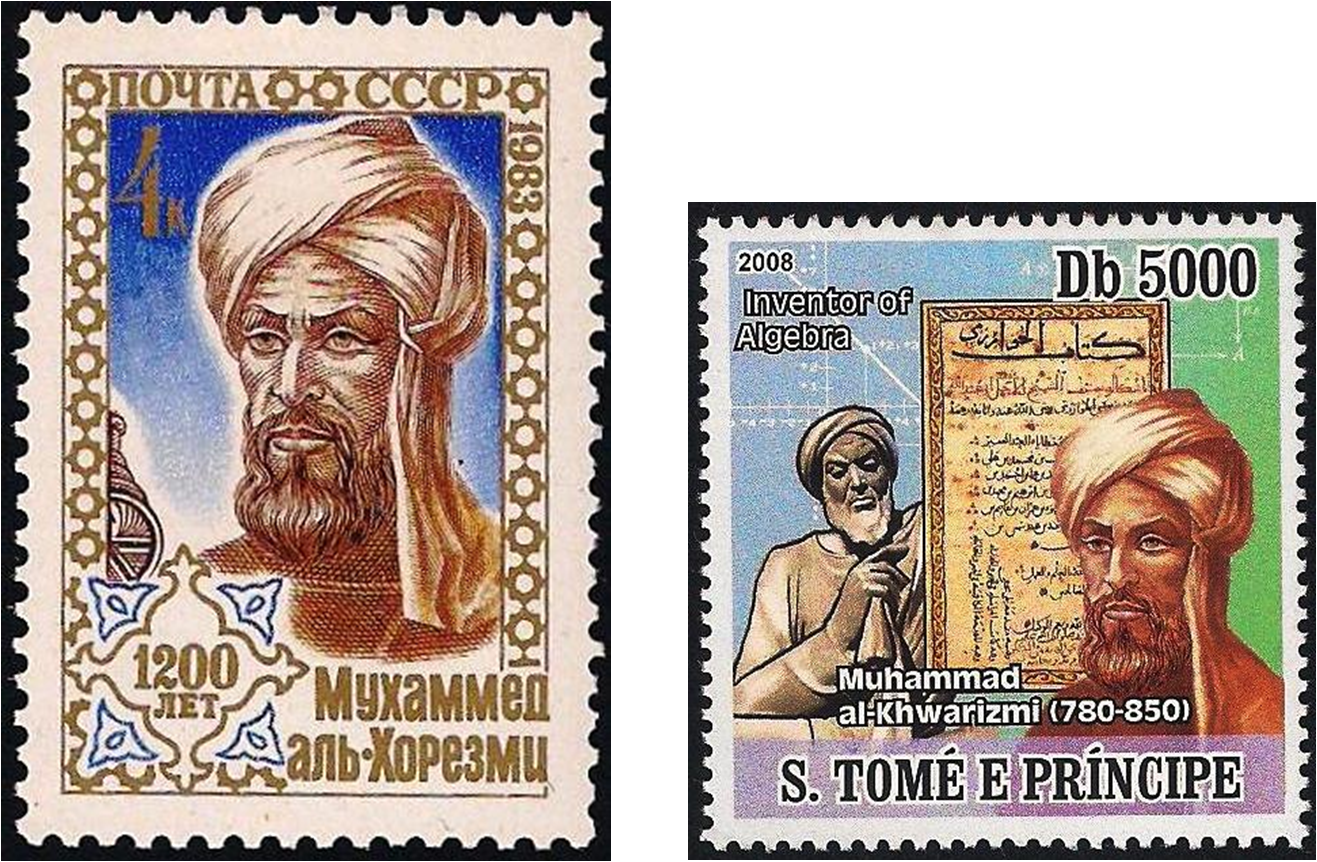 Several mathematical words date from the Islamic period. The word algorithm (a routine step-by-step procedure for solving a problem) derives from the name of the Persian mathematician Muhammad ibn Musa (al-)Khwarizmi (c.780–850), who lived in Baghdad and wrote influential works on arithmetic and algebra.
His Arithmetic was important for introducing the Hindu decimal place-value system to the Islamic world, and in medieval Europe the word algorism later came to mean arithmetic. The title of his algebra book, Kitab al-jabr wal-muqabala gives us the term algebra, the word al-jabr referring to the operation of transposing a term from one side of an algebraic equation to the other.
[Russia 1983; São Tomé and Príncipe 2008]