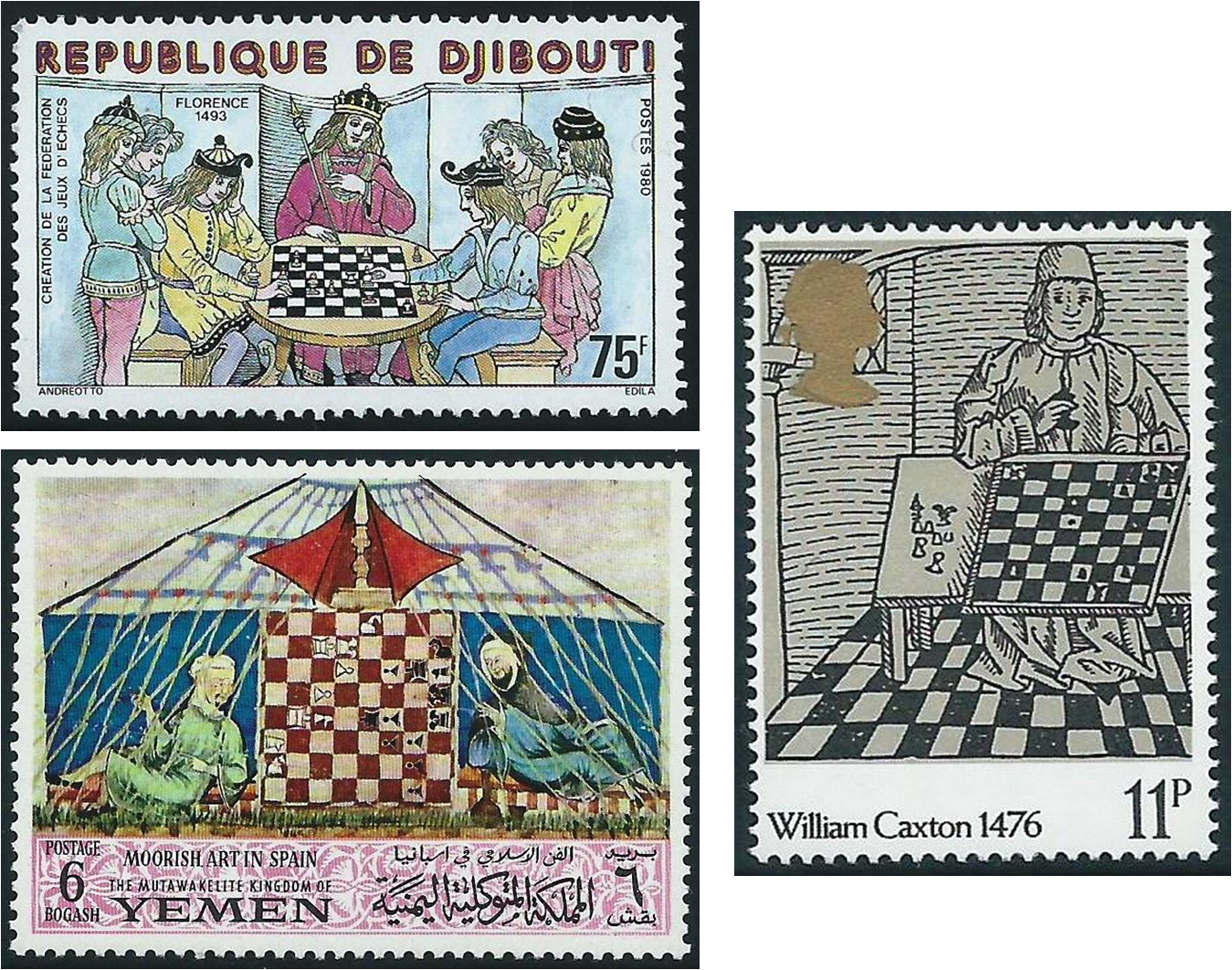 The game of chess probably originated in the 6th century in India, where it developed from a game called ‘chaturanga’. It quickly spread to Persia, where it was known as ‘shatranj’, and from there to the Arabic world. During the 8th and 9th centuries the Moors took the game to Spain, and thence to the rest of Europe where it became widely established by the 11th century.
The oldest and most celebrated European work on chess is the beautifully illustrated Book of Chess, Dice and Boards, commissioned in 1283 by King Alfonso the Wise of Castile and León; a diagram from this book appears on the stamp from Yemen. Other chess books followed – notably, William Caxton’s The Game and Playe of Chesse, which appeared in 1476. An Italian book of the late 15th century illustrates a royal chess party that took place in Florence in 1493.
[Djibouti 1980; Great Britain 1976; Yemen 1967]