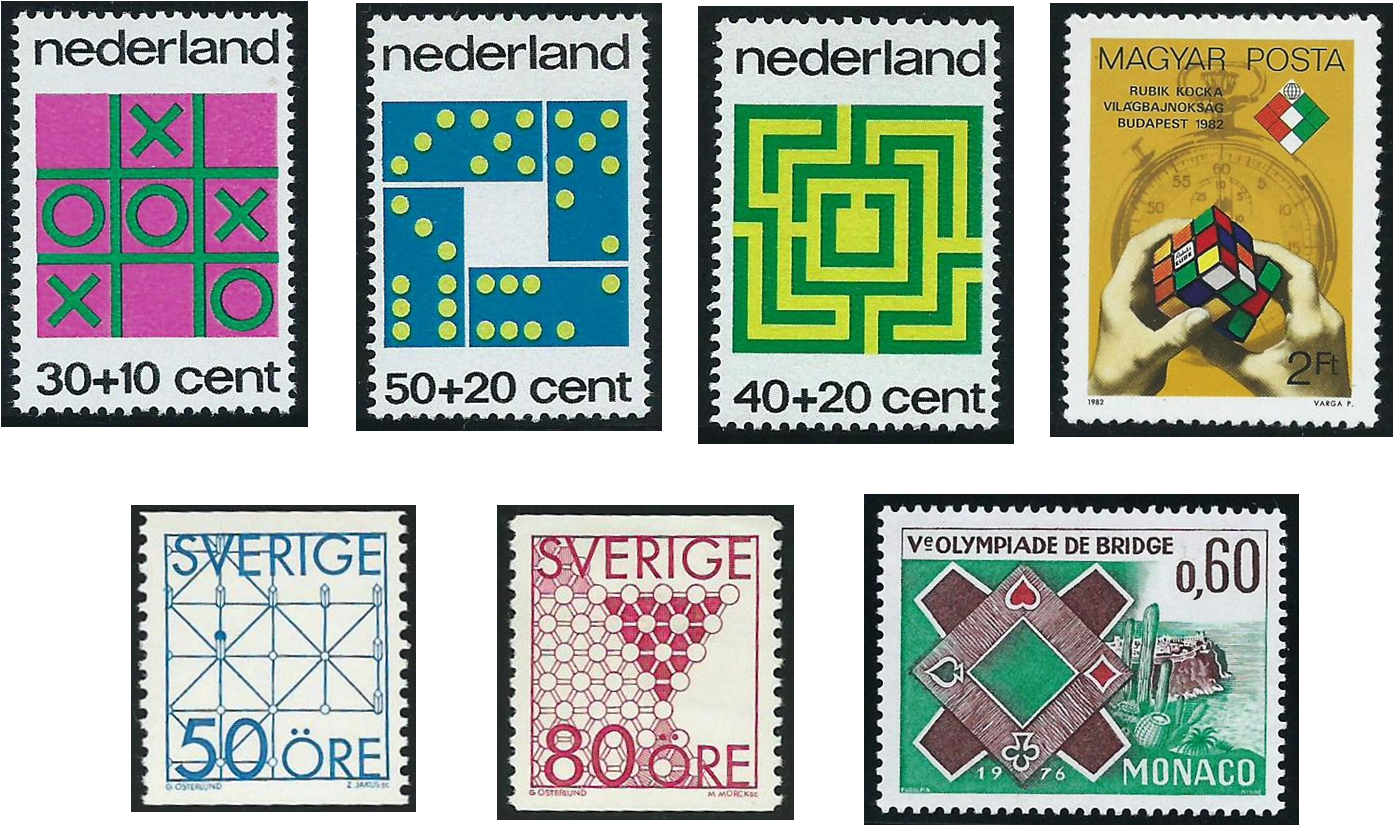 Many well-known board games are based on mathematical ideas. Noughts-and-crosses or tic-tac-toe developed in the 19th century from earlier ‘three-in-a-row’ games such as three men’s morris; two players take turns to place their symbol (O or ×) in a square and attempt to get three in a row. The ancient ‘hunt game’ of fox-and-geese allows horizontal, vertical and diagonal moves, with ‘geese’ who try to catch a ‘fox’ by surrounding it, while the fox can jump over the geese and remove them. Chinese checkers is played up to six players on a star-shaped board; the object is to move one’s pieces from one point of the star to the opposite point while trying to prevent one’s opponents from doing the same.
Until the year 1000, most labyrinths were of a classic seven-ring form. In the ensuing centuries they gave rise to increasingly complicated mazes, which appear everywhere from puzzle books to ornamental gardens. Around 1900 algorithms for escaping from a maze were presented by Gaston Tarry and others.
Dominoes first came to be widely played in the 18th century. In 1871 M. Reiss determined the number of different ways of placing the 28 dominoes (0–0 to 6–6) in a ring; it is over three million.
The Rubik cube, invented by the Hungarian engineer Erno Rubik, is a coloured cube whose six faces can be independently rotated so as to yield 43,252,003,274,489,856,000 different patterns; the object is to restore the original colour of each face. In the early 1980s, when the Rubik cube craze was at its height, over one hundred million cubes were sold.
In the past few years computers have been developed that play chess and other games; at first these were rudimentary, but now they regularly beat the masters. Bridge, a card game played by four players, is also a game of strategy and is strongly based on ideas of probability.
[Hungary 1982; Monaco 1976; Netherlands 1973; Sweden 1985]