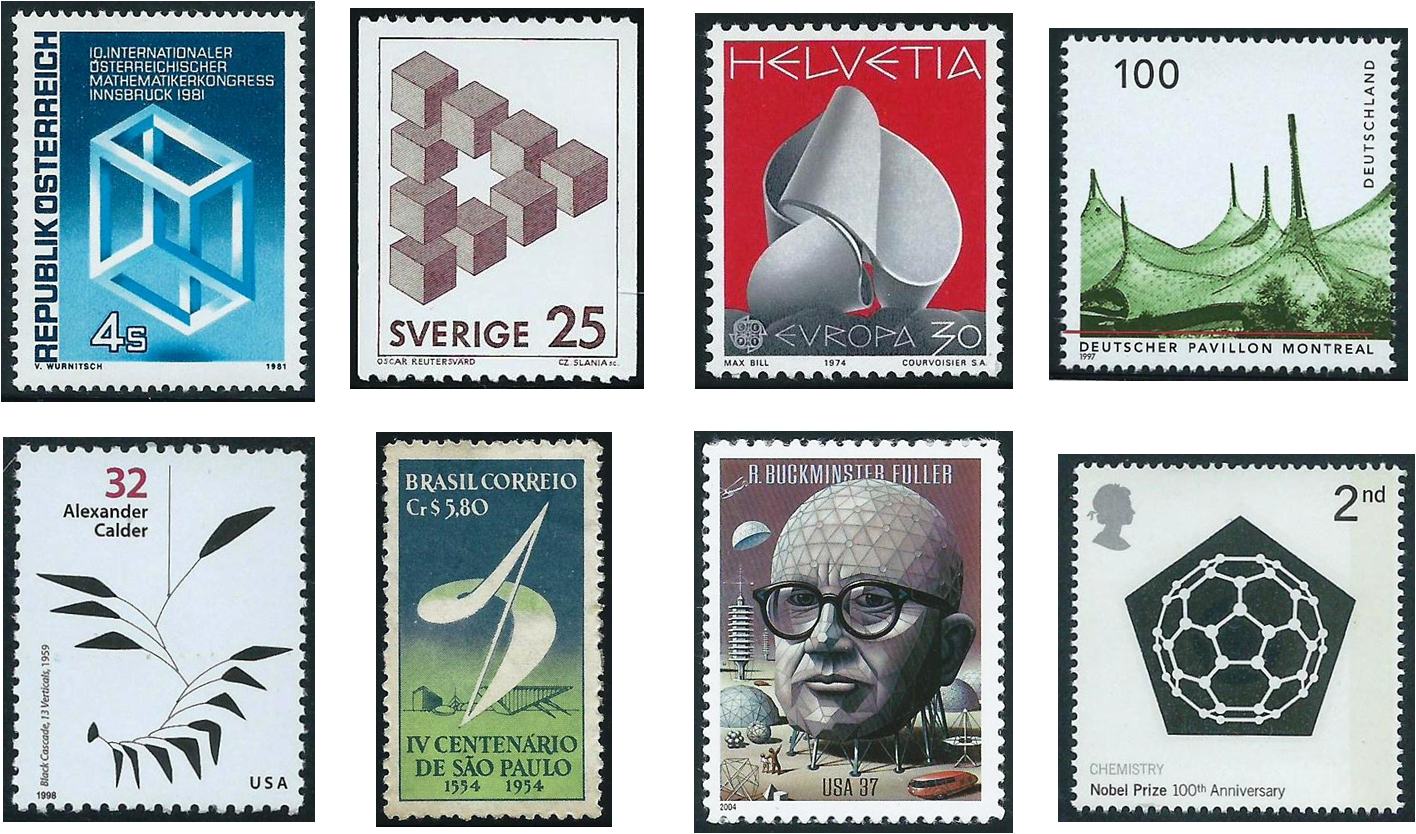 The geometry of space takes many forms: in the symmetry of buildings, the design of bridges, and in the sculptures that decorate our towns and cities.
Several artists, notably the ‘master of optical illusion’ Maurits Escher, have incorporated into their designs certain ‘impossible features that cannot exist in three-dimensional space. These include an impossible cube inspired by his designs and an impossible triangle by the Swedish artist Oscar Reutersvärd.
An attractive sculpture in the form of a Möbius strip is Continuity by the Swiss architect Max Bill; carved from a single piece of granite, it weighs eighty tonnes. A Brazilian sculpture in the form of an enormous helix is Expansion, symbolising progress. The American sculptor Alexander Calder has produced many geometrically inspired mobiles, such as his 1959 Black Cascade.
Some buildings are based on a ‘ruled surface’, a curved surface built from closely packed straight lines; an example is the German pavilion constructed for the Expo 67 World Fair in Montreal. Also at Expo 67 was Buckminster Fuller’s American pavilion, a massive geodesic dome, constructed of pentagons and hexagons made up from triangles. The carbon molecules known as fullerenes or buckyballs are named after him.
[Austria 1981; Brazil 1953; Germany 1997; Great Britain 2001; Sweden 1982; Switzerland 1974; USA 1998, 2004]