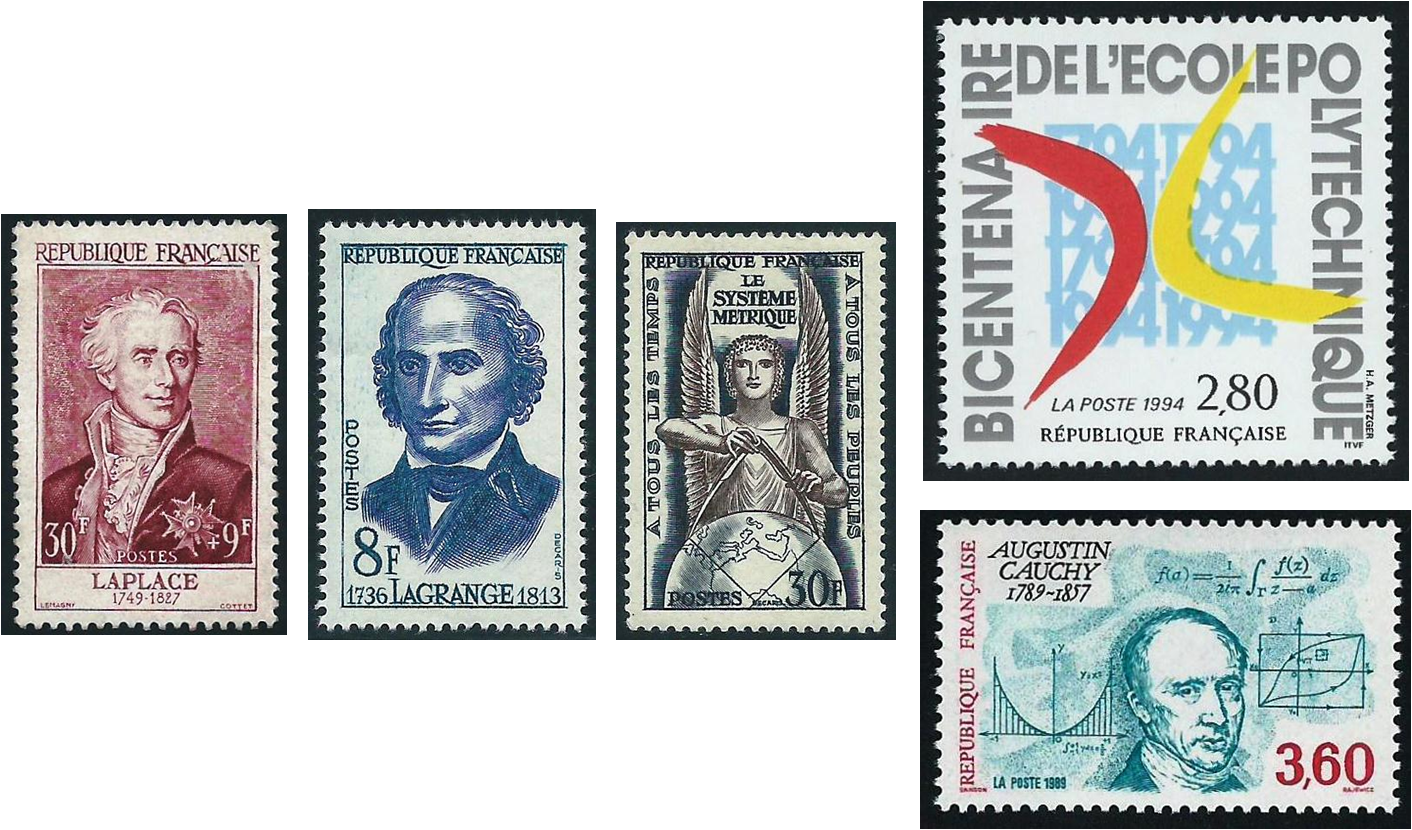 An important consequence of the French Revolution was the founding of the Ecole Polytechnique in Paris. There the country’s finest mathematicians, including Monge, Laplace, Lagrange and Cauchy, taught students destined to serve in both military and civilian capacities. The textbooks from the École Polytechnique were later widely used in France and the United States.
Pierre-Simon Laplace (1749–1827) wrote a celebrated text on the analytical theory of probability and is also remembered for the Laplace transform of a function and Laplace’s equation in mathematical physics. His monumental five-volume Traité de Méchanique Céleste on celestial mechanics earned him the title of ‘the Newton of France’. Joseph Louis Lagrange (1736–1813) was Euler’s successor at the court of Frederick the Great in Berlin. He wrote the first ‘theory of functions’, in the language of power series, and his Méchanique Analytique was a highly influential text on mechanics. In number theory he proved that every positive integer can be written as the sum of four perfect squares: for example, 79 = 49 + 25 + 4 + 1.
Shortly after the French Revolution, a commission was set up to standardise the weights and measures in France and introduce a metric system. The chairman of this commission was Lagrange and its members included Laplace and Monge.
Augustin-Louis Cauchy (1789–1857) was the most important analyst of the early 19th century. He transformed the whole area of real analysis, providing a rigorous treatment of the calculus by formalising the concepts of limit, continuity, derivative and integral. In addition, he almost single-handedly developed the subject of complex analysis; ‘Cauchy’s integral formula’ appears on the stamp.
[France 1954, 1955, 1958, 1989, 1994]