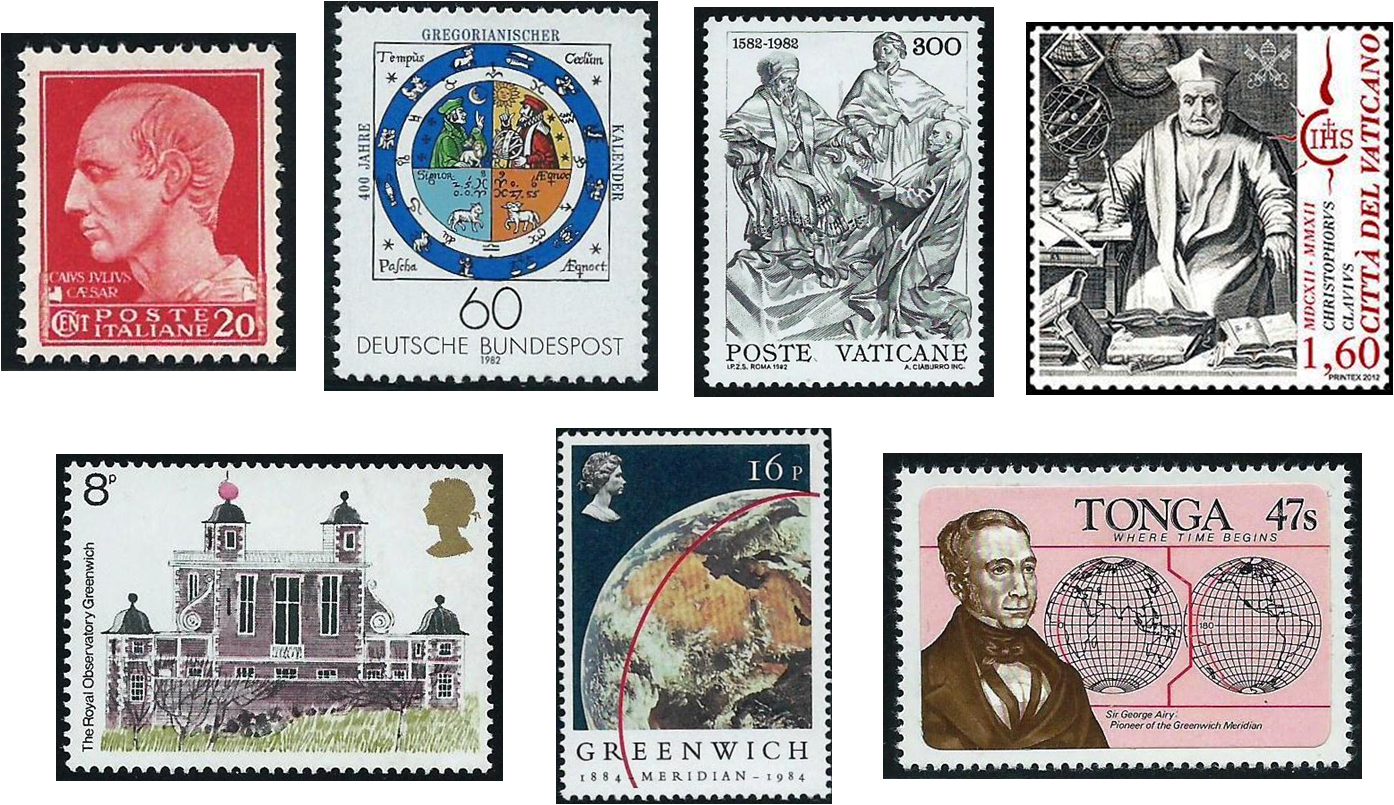 Before the time of the Romans many different calendars were in use: the Egyptians used a 365-day solar-based calendar, while the Greek, Chinese and Jewish lunar-based calendars consisted of 354 days with extra days added at intervals. The early Roman year had just 304 days; in 700 BC this was extended to 355 days, with the addition of two new months, Januarius and Februarius.
In 45 BC Julius Caesar introduced his ‘Julian calendar’. This had 365¼ days, the fraction being taken care of by adding an extra ‘leap day’ every four years. The beginning of the year was moved to January and the lengths of the months (other than February) alternated between 30 and 31 days. Later writers determined the length of the solar year with increasing accuracy. In particular, Omar Khayyam and Ulugh Beg independently measured it as about 365 days, 5 hours and 49 minutes – just a few seconds out. The Julian year was thus 11 minutes too long, and by 1582 the calendar had drifted by ten days with respect to the seasons.
In that year, with the aid of the mathematician Christopher Clavius, Pope Gregory XIII issued an Edict of Reform, removing the extra days and correcting the over-length year by omitting three leap days every 400 years, so that 2000 was a leap year but 1900 was not. The Gregorian calendar was quickly adopted by the Catholic World and other countries eventually followed suit: Germany and Denmark in 1700, Britain and the American colonies in 1752, Russia in 1917, and China in 1949.
Meanwhile, the line from which time is measured (0° longitude) was located at the Royal Observatory in Greenwich in 1884, giving rise to an international date line near Tonga. In 1972 atomic time replaced earth time as the official standard, and the year was officially measured as 290,091,200,500,000,000 oscillations of atomic caesium.
[Germany 1982; Great Britain 1975, 1984; Italy 1945; Tonga 1984; Vatican 1982, 2012]